1-Recommendations of the 13th Fiance Commission have become operational for the period ?- 2010-2015

3-Zero-based Budgeting is the process of budget making after re-evaluating every item of expenditure in every financial year.

4-VAT is imposed on ? – All stages between production and final sale

5-NABARD was established on the recommendations of  Narsimham Committee.

7-The largest source of national income in India is Service Sector.

8-Poverty level in India is established on the basis of  Household consumer expenditure.

9-Arvind Panagariya is the first Vice-Chairperson of the newly constituted NITI Aayog. 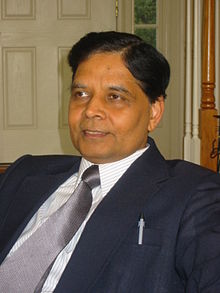 10-Contribution of agriculture to Gross National Product is approximately 17.5%.

11-Approx 26% population is living below poverty line in India .

12-Agriculture is the mainstay of Indian economy.

15-Assam is the biggest tea producer in the country .

17-The data of estimation of India’s National income is issued by  Central Statistical Organsation.

19-Planning Commission was constituted on 15 March, 1950.The Prime Minister is the ex-officio Chairman of this Commission