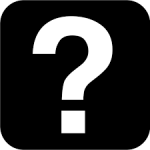 1- Mesopotamian Civilization is considered as oldest civilization of the world

2-Aeschylus was the founder of Greek tragedy, he was author of ‘Promethus Bound’

3-Erastosthenes was first to suggest that one could reach India from Europe by sailing west.

4-Philip was the father of Alexander.

5-Euclid and Pythagoras have made contributions in Mathematics.

7-Marco Polo was the first European to visit China

8-America was discovered in 1492 by an Italian Christopher Columbus.

9- Jefferson was the author of the American Declaration of Independence

12-Banking regulation act was passed in 1949

15-National Housing Bank (NHB) was established in 1988.Its main function is to develop housing finance in the country.