Protozoa and its important features

Historically, protozoa were defined as single-celled organisms with animal-like behaviors, such as motility and predation.

The terms protozoa and protozoans are also used informally to designate single-celled, non-photosynthetic protists, such as ciliates, amoebae and flagellates.

The term Protozoa was introduced in 1818 for a taxonomic class.

The word “protozoa” (singular protozoon, or protozoan) was coined in 1818, by zoologist Georg August Goldfuss, as the Greek equivalent of the German “Urthiere,” meaning “primitive, or original animals”.

Protozoa, as traditionally defined, are mainly microscopic organisms, ranging in size from 10 to 52 micrometers.

Many protozoan species are symbionts, some are parasites, and some are predators of bacteria, algae and other protists.

Protozoa have been divided traditionally on the basis of their means of locomotion. 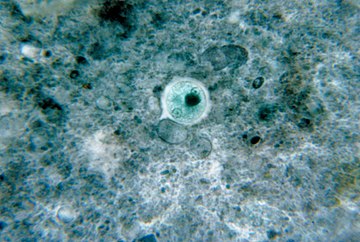