1-The British Parliament passed the Indian Independence Bill on 01.07.1947.

2-The INA, organized by Subhash Chandra Bose, surrendered to the British after the collapse of Japan. 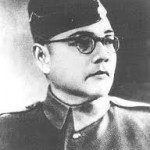 3-The Indian National Army was founded by Subhash Chandra Bose.

4-Forward Bloc party was founded by Subhash Chandra Bose in the year 1939 after he broke away from the Congress.

6-The leader of the Bardoli Satyagraha (1928) was Vallabhbhai Patel. 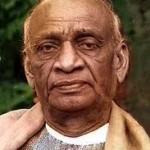 7-‘Go Back to the Vedas’ was the motto of Swami Dayananda Saraswati.

8-The reference to Hindus in Article 25 of the Constitution does not include Parsees.

10-The Muslim League declared its goal of forming Pakistan in Karachi city in 1940.

11-Mohammed Bin Kasim was the first Muslim Invader of India.

13-The State of Bombay, in the original Constitution, was split into two States, Gujarat and Maharashtra, in 1960.

14-The Final Draft of the Constitution was prepared by S. N. Mukherjee.

15-The words ‘Satyameva Jayate’ inscribed in Devanagiri script below the abacus of the State Emblem of India are taken from Mundaka Upanishad.

16-B. N. Rau gave the first draft of the Constitution to the Drafting Committee to consider and improve.

19-Article 15 of the Constitution cannot be amended by a simple majority in both the Houses of Parliament.

20-Gandhiji started Satyagraha in 1919 to protest against the Rowlatt Act.