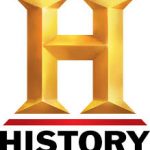 4-Vidhushaka, a common character in Sanskrit drama is invariably a Brahmana

7-Gulbadan Begum wrote a historical account during the Mughal period

9-The caves and rock-cut temples at Ellora are Hindu, Buddhist and Jain

10-Ashtapradhan was a Council of Ministers in the Maratha administration.

14-Chanakya was known as Vishnugupta

15-In Jainism ‘perfect knowledge’ is referred to as Kaivalya

20-The last in succession of Jaina Tirthankaras was Mahavira

21-The earliest rock cut caves in western India are those at Nasik, Ellora and Ajanta

22-Mathura is considered as one of the oldest surviving cities in the world.

23-Worship of gods and goddesses is the most fundamental difference between Mahayana Buddhism and Hinayana Buddhism.

25-Brahui is a language of Baluchistan but linguistically Dravidian